Servers for smartphone apps or games?

I am just curious which type of server running for smartphone apps or games? were they running on dedicated server or cloud server? for big games they will need a data center?

I can answer this question cause this is actually my area of specialization .
To answer your question, it depends on what kind of App it is, but for majority of Apps, even a Shared Hosting platform will do.

It started as a mobile PIN sharing App for BlackBerry Messenger back when BlackBerry was popular. So it was a basic Social Network with just CRUD operations.

I hosted it on a 2GB HDD and 2GB Bandwidth Shared Hosting plan, and it was fine for about a year.

I then realized it would cost me too much to keep upgrading my hosting plan since the App was 100% free.

So I migrated to Hostgator and used their Baby Plan with Unlimited SSD and Bandwidth. This served the App for years. The Bandwidth growth peaked at 500GB/Month.

Eventually BlackBerry died out and I had to rebuild the App for Android. But I had to step up the App due to competition. So I decided to Add the ability for users to Chat with Each other in App instead of on BBM.

At first, I used QuickBlox to handle Instant Messaging but due to the BB user base that still had my App, I was quickly running out of the free plan. Plus the messaging was not reliable.

That was when I decided to learn NodeJS and manually build a basic Chat Server from scratch that would focus more on reliability. I also realized I could not run a NodeJS App on Hostgator Shared Hosting plan or even most other Shared Hosting company.

And then VPS entered into the game. I got a $5 server from Digital Ocean. Was forced to learn some basic Server Administration just so I can setup all required servers (Apache/Nginx, MySQL, VS-FTP, Postfix etc). I was then able to run my NodeJS Chat server and that's where the App resides till this day.

So as you can see, for an App of that size, even a $5 VPS with 1GB RAM has been working perfectly fine. RAM usage is usually at 700-800MB. And 1GB in SWAP. (I have not had the time to optimize this server well).

Who knows, probably if I decide to add inApp Video Calls and I decide to develop the Media server locally, I might upgrade to a Dedicated Server.

I hope I answered your question well?
FincoHost - Fast and Reliable Web Hosting

Cheerag Nundlall said:
AND we will not need a hosting in the case the app is stored on apple store or google play store? right?
Click to expand...

It depends on what kind of App. If it is an App like:
Basically any App that does not need to contact your API.

If your App needs to do some sort of processing on a server, then you need to Host the API somewhere....


Cheerag Nundlall said:
I am also playing smartphone game and see that there are more users accessing to the game and thought it really need a big server to handle all requests to the game but
Click to expand...

Can I buy DirectAdmin lifetime license?

Nice to meet you all!

How Fast Should a Web Page Load for You?

What to do if your hosting is becoming bad?

SSD hosting - do I need it?

Monday at 3:48 PM
Colombiawebs
E
I Want to Run A Business Only For Me - I Need 20 Windows Server VPS

Yesterday at 8:33 AM
Edward

what difference between vps, cloud server and dedicated server?

What LiveChat and Ticket Software are you using?

Can 1 WHM/cpanel license use for multi servers or multi reseller accounts?

What your favourite tools for monitoring servers? 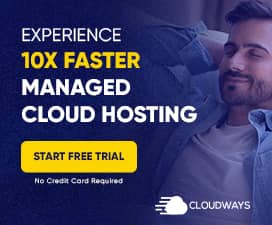 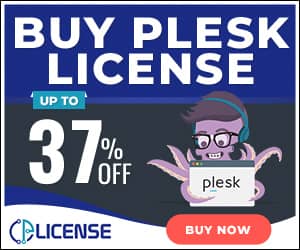